Although many people haven’t heard of this incredible natural substance, propolis is a vital health supplement derived from beehives that complements gemmotherapy well.

The origins of propolis

The Egyptians, Persians, Romans, Arabs and Incas all knew of its benefits. The name came from the Greeks; pro-polis literally means "in front of the city". This is because propolis is placed by the bees at the entrance of their hive. Previously, many ancient texts spoke more prosaically of "black wax".

Already at that time, the Egyptians used it in medicine or embalming to preserve bodies. It also sold in Rome for more than honey, and every legionnaire took it with him when he went to the countryside. In France, it appeared for the first time in the 16th century in the writings of Ambroise Paré. In medieval Georgia, it was used to rub the umbilical cords of newborns or their diseased teeth. It then gained popularity in the 19th century when English army doctors used it to disinfect wounds and help them heal faster during the Boer War in South Africa.

Over the last thirty years, the movement has continued and expanded in Eastern Europe, Asia and especially Japan, where it has enjoyed phenomenal success.

Propolis is a very proactive health supplement and a natural antibiotic. It is collected by bees from the buds of certain trees (e.g. poplar). They process it and then use it as a disinfectant to sanitise the hive and to promote the growth of bee larvae. As it happens, a bee hive is an enclosed space where thousands of individual bees are active at a temperature between 35 and 38 degrees with a humidity level of about 70%. This could swiftly lead to high instances of infection, but this is not the case because propolis has bacteriostatic, bactericidal, fungicidal and antiseptic properties that make it a real barrier against fungus, bacteria and viruses. 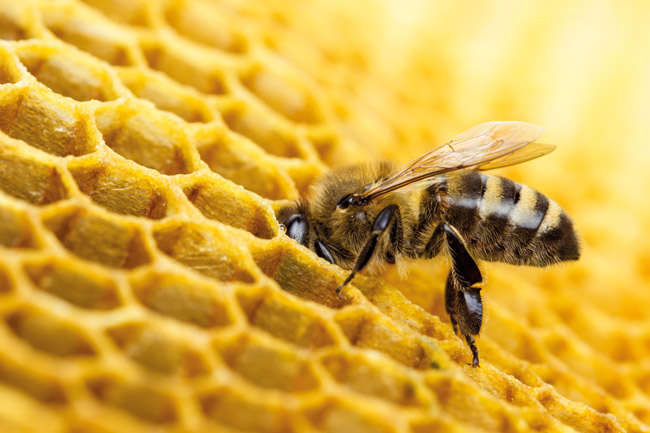 The composition of propolis

For a long time, propolis resin was thought to be a substance made by bees like royal jelly, until it was discovered that it came from the thin protective resinous film of tree buds. Bees can actually use a wide variety of different plants to make propolis. Its composition depends on the nature and composition of the plants used to produce it. Half of it is usually resin, a third of it is wax and the rest is essential oils and pollen.

The different types of propolis:

There isn't just one type of propolis but several. However, the ones we're most interested in are green and brown propolis. 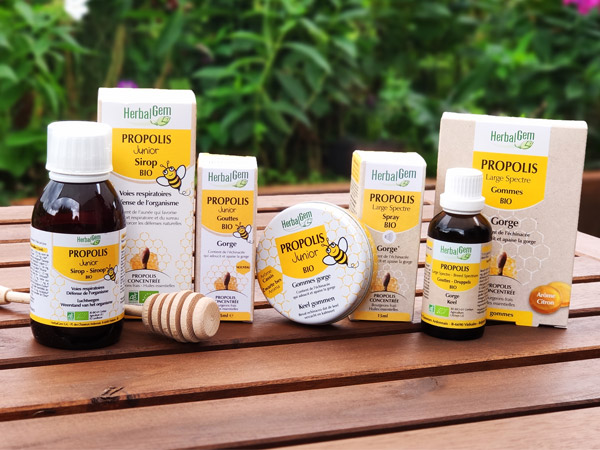 What are the health benefits?

Just like the buds where propolis is found, the resin is rich in flavonoids which are secondary metabolites known for their many therapeutic properties. Propolis, in the form of a mother-tincture, inherits these virtues and therefore has anti-infectious, antiseptic, analgesic, healing, antifungal and anti-inflammatory properties. In short, it offers a natural alternative solution for many everyday ailments. Especially during the spring or winter periods when our bodies are really put to the test.